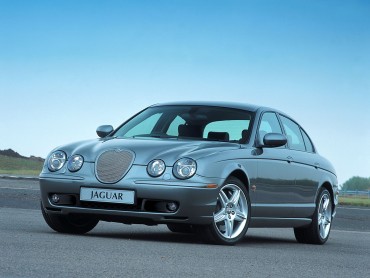 Of course, like every other 17 year old I couldn’t wait to get my driver’s license and the freedom that could only come from getting behind the wheel of a car and going until you ran out of road. But aside from the freedom, I truly didn’t understand the feelings expressed by many car-owners who would profess to love their cars. I used to think, “What’s the big deal? With some minor differences all cars had four wheels and would get you from point A to point B.”

By the time I was in my late 30’s I had owned a few cars. My first car was a 1980 Chevy Impala. That car was more of a land yacht than a motor vehicle. The next was an old Toyota Tercel that had over 100,000 miles on it. It wasn’t very pretty but it was old reliable. I spent the next two decades driving plain, safe family cars: a Pontiac Grand Am, a Chevy custom conversion Astro van, a Ford Windstar minivan, and finally a Honda Pilot. Though the Honda Pilot was definitely cherry and made me feel like I’d not felt before behind the wheel of a car, nothing compared to how I felt every single time I got behind the wheel of the best vehicle I ever owned.

I was nearly 40. For Valentines’ Day, my husband Dale gifted me with my best car ever: a 2004 sea mist Jaguar S-type. Though I thought my Honda Pilot was the cat’s meow, nothing and I mean nothing came close to how I felt when I was behind the wheel of my Jaguar. She handled like a dream even well after I’d put 100,000 miles on her. The lines of her exterior were incredibly sexy as were the intricate details of the leather and wood work craftsmanship of her interior. I would literally float when I would drive her with the windows down and the sunroof opened, my music blasting like nobody’s business. Everything about the best vehicle I ever owned was literally a dream come true, from how she handled to how she looked. And then I finally understood what it meant to truly love a car. I love that car and don’t believe that I will ever replace the feeling I got from the best vehicle I ever owned: my 2004 Jaguar S-type …except perhaps driving a new one?

You can find out more about which cookies we are using or switch them off in settings.

This website uses cookies so that we can provide you with the best user experience possible. Cookie information is stored in your browser and performs functions such as recognising you when you return to our website and helping our team to understand which sections of the website you find most interesting and useful.

Strictly Necessary Cookie should be enabled at all times so that we can save your preferences for cookie settings.

If you disable this cookie, we will not be able to save your preferences. This means that every time you visit this website you will need to enable or disable cookies again.